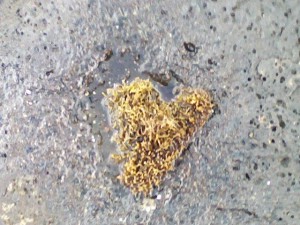 Why do I constantly pick bad boys or men who are destined to hurt me eventually??  I’m not attracted to nice guys at all—the ones who might stick around and who I could probably build a future with.  I just don’t feel the chemistry with them.  I want to get out of this syndrome but don’t know how.  Do other girls have this problem?

Indeed, there are many other “girls” who have this problem, which is why it has become a bit of a cliché to say that the “good guys come in last.” However, I would like you to reframe your belief system a little bit in order to change your situation.

It has been my observation that it isn’t the “bad” in the boys that women are attracted to; it is the confidence. “Bad Boys” are generally committed to their choices whether they are right or wrong, good or bad (which might also be labeled as stubborn). They tend not to apologize for their actions (which makes us crazy on one hand, but on the other, is an indicator of their commitment to their choices.) They tend to have a carefree, risk-taking nature that is also attractive and are inclined to do things spontaneously, regardless of whether it is reasonable, which casts a sense of romance. They are also, generally, passionate about something and may be quite creative about how to include it in their lives—including breaking the rules.

Now, if a guy with all of those characteristics—confidence, passion, risk-taker, etc.—has a value system based in lust, greed and disrespect, we call him a “bad boy.” However, if a guy has those same qualities but has a value system based in more acceptable social values—honesty, work ethics, spirituality, and/or the welfare of humanity—we would see him quite differently. He would be a hero.

Think of “Superman” or “Batman” or “Zorro,” for instance. They are all like “bad boys” doing good things and are quite attractive on account of it. They are like reverse bandits— they break the rules, but they do it for good— and exude all of the “bad boy” qualities, but they are “good guys.”

The “nice guys that come in last” are usually nice, but not confident. They tend to be wonderful guys who let others take advantage of them and thus lose respect from women. They then mistakenly think it is because they are nice guys that they lost the women, when in actuality it was because they didn’t value themselves enough.

Now, enough about the guys, what about you? Do you believe you deserve love?

Quite often when we are attracted to people with whom we stand no chance of having a lasting relationship with, it is because our own self-esteem is lacking. When we don’t believe we deserve love, we get ourselves into situations in which our belief system is supported. Start looking at what beliefs you have taken on and then change your beliefs to ones that are more supportive of your goals and your well-being. You will find that your choices will follow your beliefs—both about yourself and others.

I wish you the best.

Intellectual Foreplay Question of the Week: What qualities reside within those to whom you are most attracted?

Love Tip of the Week: It is interesting to note that the qualities of high self-esteem and the qualities of ego often look the same—assertive, passionate, confident, carefree, but they feel very different! Behavior based in true self-esteem is never done with an intention to hurt others. Pay attention to how you feel when you are with other people and you will likely discover where they are coming from.